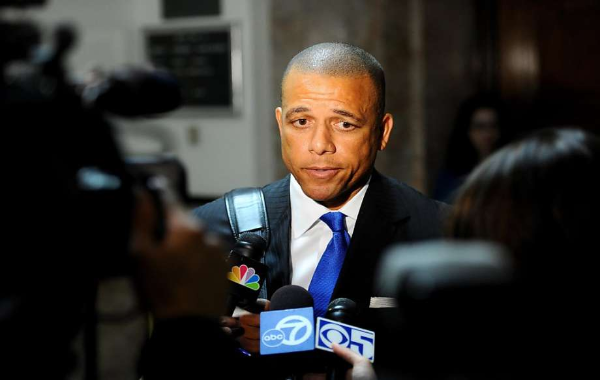 How could a young Black man from Compton, California make a living putting Black people in prison? Although rarely verbalized, this was the question that ran through most people’s minds once they became aware that I was a prosecutor. Not surprisingly, it was the first question that crossed my mind 16 years ago when I was interviewed for the job. Could I make a living that would require me to become intimately involved with putting thousands of Black people in prison?

I tried not to over-dramatize it. I thought to myself, "well, everyone won’t be Black." Although I wish it weren’t so, it turns out that the vast majority were. I’m reminded of an excerpt from one of Richard Pryor’s albums, where Pryor says “I went to prison looking for Justice and that’s just what I found. ‘Just Us.’”

Beginning My Career as a Prosecutor

So, why did I become an Alameda County prosecutor? My answer took the form of another question: "Why not?" I was born in 1965 and while the Civil Rights Movement was winding down, a different, less popular movement was starting up in my own backyard. In the 1970s you could get jumped (beat down) for wearing the wrong colors or being in the wrong neighborhood. In the 1980s the crack epidemic made drive-by shootings with assault weapons a daily occurrence.

By age 18, I knew enough about crime in the Black community to write a thesis. A bachelor's degree from UC Berkeley and law degree from UC Davis were added bonuses. Would growing up in Compton, California and having two degrees be enough to take the job? Common sense dictated that the criminal justice system might be the last place I would start a career in. I saw some things as a child that I still have nightmares about. Why would I want to relive those tragedies?

The simple truth is this: I felt that I could make a difference. For 15 years, I brought a unique set of eyes and ears to a system that was in dire need of a different perspective. Sometimes the difference was big, sometimes it was small, but mostly it was so subtle that it went unnoticed.

I love having the ability to positively change people’s lives. I love being able to give them counsel, comfort, and peace of mind. To provide solutions that give them honor and dignity.

Searching For Something More

On January 29, 2007, I gave notice to my dear friend and boss, District Attorney Tom Orloff. I told him that I needed a change from life as a District Attorney. On May 30, 2007, I walked away from the first and only real job I had ever had.

Why? Was it burnout? To some degree, perhaps. In 15 years I had tried over 50 jury trials and resolved thousands of cases. Needless to say, I absorbed more pain than I care to mention. Did I become disillusioned with the criminal justice system? No. The criminal justice system could use some tweaking, but it’s a good system. I resigned from the DA’s office because the 21st century has produced a new type of criminal behavior, which requires me to be less reactive and more proactive.

Most of the crimes over the past couple of years are senseless. The perpetrators are younger and less remorseful. It has been written that the eyes are the mirror to the soul. When I looked into the eyes of most of the people I was prosecuting, I saw emptiness. An absence of faith, hope, and love proved to be a common denominator in the majority of my cases.

On June 4, 2007, I joined a partnership with Taylor, Goins & Stallworth LLP, the premier minority-owned and operated law firm in the East Bay. Before my arrival, they specialized in a number of business-related fields, earning them the nickname of "the business lawyers." My addition to the firm broadened this identity to the extent that we were then identified as the TCB ("Taking Care of Business") lawyers. My specialty during the partnership was criminal defense. In addition to providing my clients with the best possible legal assistance, I threw in, free of charge, a large dose of faith, hope, and love.

By November of 2009, I decided to open my own practice in order to expand and provide outreach for my clients and for the community. I have been involved in numerous organizations that have pushed forward my goal of crime prevention by providing information to the community's youth as well as my clients and their family members. Being a criminal defense attorney has allowed me to do more than just defend; it has also allowed me to prevent and coordinate a better way of life for those I have the ability to assist.

I now understand that my departure from the District Attorney’s Office was not a separation but merely a graduation. Everything I learned there helped to prepare me for what I do now. As Oakland prepares itself for the many challenges of the future, I am excited about being a part of the proactive movement. I look forward to joining forces with those of you who are like-minded.